‘The Door Of No Return” Slave Trade in Gold Coast (Ghana)

Take a close look at the coast of Ghana, and you will find myriad ancient castles and forts. Marking the beginning of the slaves’ perilous journey during the era of the slave trade, these fortresses were the last memory slaves had of their homeland before being shipped off across the Atlantic, never to return again. Read more about the shocking history of Ghana’s slave fortresses and their significance to modern-day Ghana. 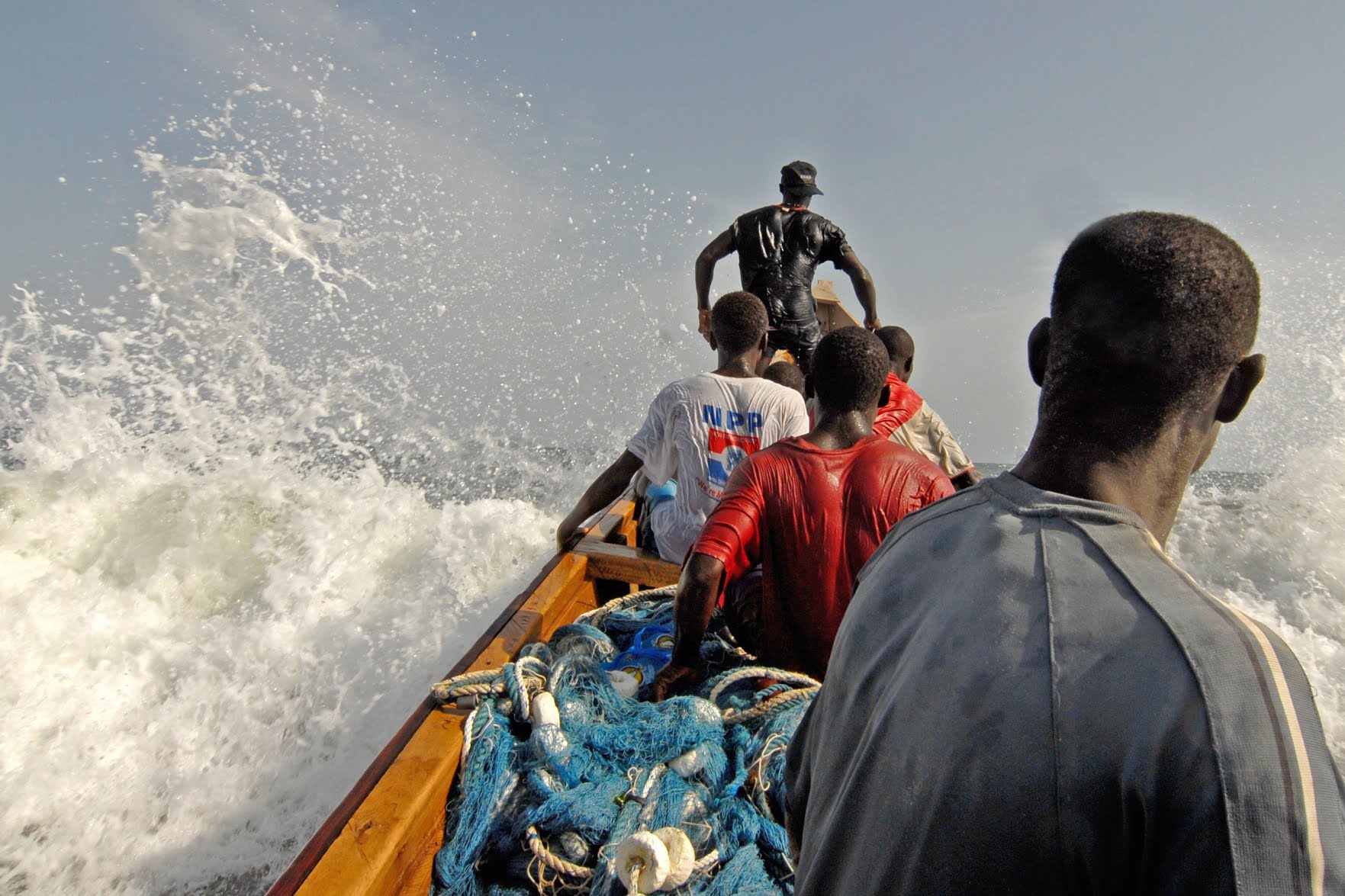 Between 1482 and 1786, clusters of castles and forts were erected along the 500 kilometer-long coastline of Ghana between Keta in the East and Beyin in the west. Back then, Ghana was called the Gold Coast due to its vast quantities of gold, and these strongholds served as fortified trading posts offering protection from other foreign settlers and threats from the African population.

Placed strategically as links in the trade routes established by the Portuguese in the 15th century, who were the first settlers on the Gold Coast, the forts thereafter were seized, attacked, exchanged, sold and abandoned during almost four centuries of struggle between European powers for domination over the Gold Coast.

As early as the 1500s, the settlers’ interest turned to the slave trade in light of the growing demand for human labor in the New World (the Americas and the Caribbean). From holding gold, ivory and other wares, the castles gradually imprisoned slaves, who were reduced to yet another commodity. The majestic fortresses along Ghana’s breathtaking coast housed dark dungeons, overflowing with misery and despair, right up until the slave trade was gradually abolished by each of the colonial powers in the first half of the 1800s. But by this point, the irreversible and immeasurable damage was done, and from West Africa alone it is estimated that six million slaves had been shipped to other countries. About 10-15% perished at sea during the so-called Middle Passage, never reaching their final destination. 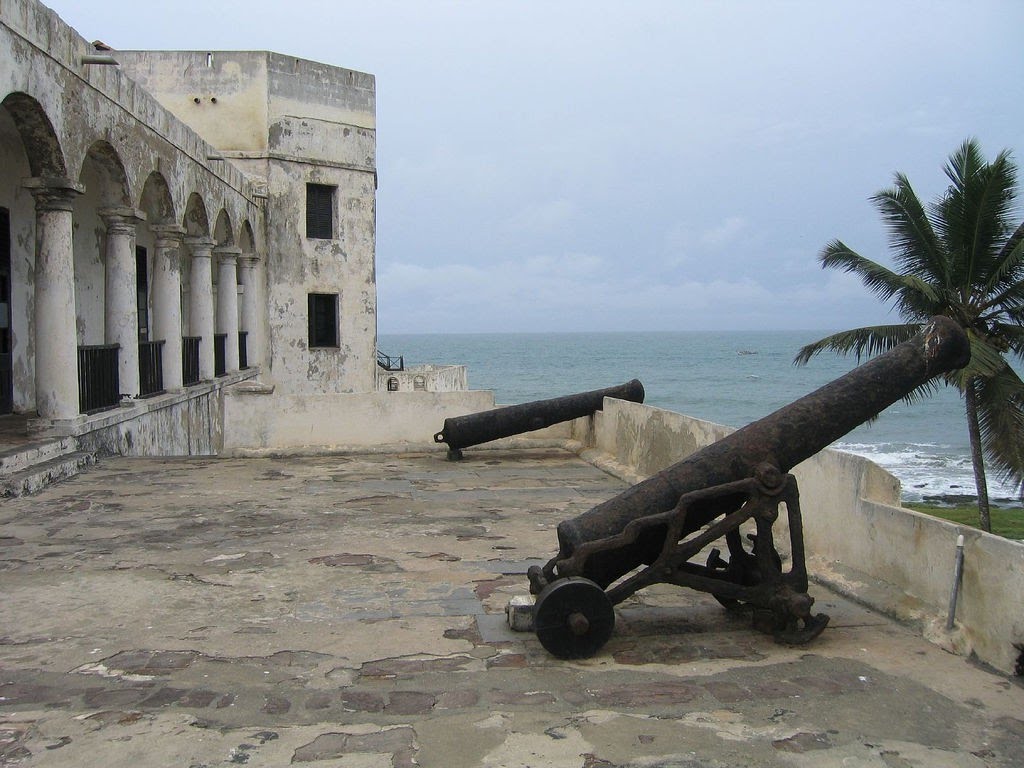 The castles were the ultimate stop in many ways. They provided the last experience that men and women had in their homeland before their final departure. For those who didn’t make it to the new world, the castles were the last place they ever saw on land. The last shreds of hope would wither away with every day of captivity in the castle. On the seaboard side of the coastal slave castles, was ‘the door of no return’, a portal through which the slaves were lowered into boats, and then loaded like cargo onto big slaving ships further out at sea, never to set foot in their homeland again and with a final goodbye to the freedom they once knew.

One of the most famous castles in Ghana’s dark episode of slavery is the Cape Coast Castle. It began as a trade lodge constructed by the Portuguese in 1555 on a part of the Gold Coast, which later became known as the Cape Coast. In 1653, following Sweden’s conquest of the Cape Coast, the Swedish Africa Company constructed a permanent wooden fortress for trade in timber and gold. A decade later, the fort was reconstructed in stone when the Danes seized power from the Swedish.

The fort then passed through the hands of the Dutch and even a local Fetu chief at some point, before being conquered by the British in 1664. Over the years the fort was increasingly used for the developing slave trade, which came to a peak in the 18th century. By 1700, the fort had been transformed into a castle and also served as the headquarters of the British colonial governor. 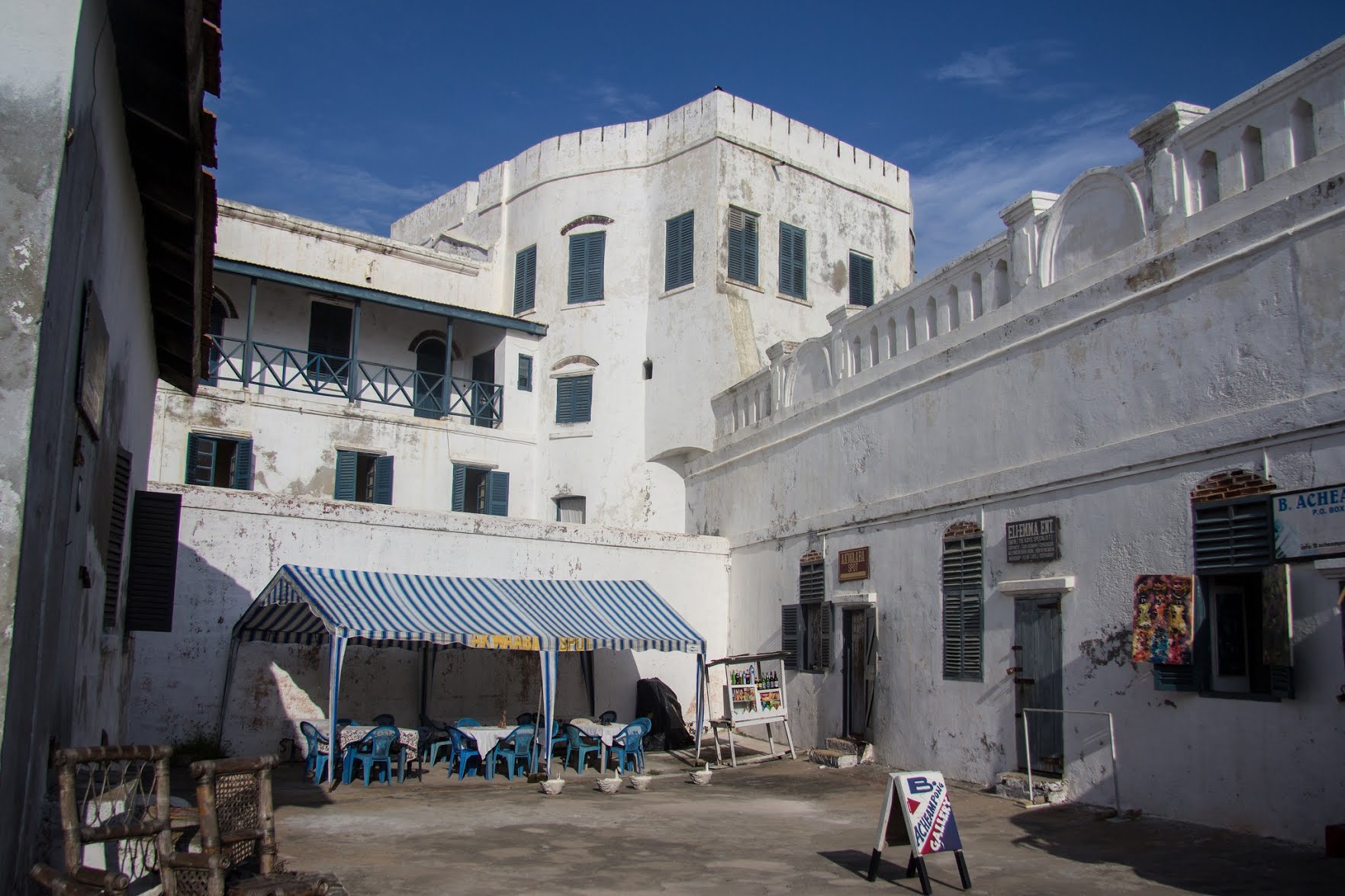 Up to 1,000 male and 500 female slaves were shackled and crammed in the castle’s dank, poorly ventilated dungeons, with no space to lie down and very little light. Without water or sanitation, the floor of the dungeon was littered with human waste and many captives fell seriously ill. The men were separated from the women, and the captors regularly raped the helpless women. The castle also featured confinement cells — small pitch-black spaces for prisoners who revolted or were seen as rebellious. Once the slaves set foot in the castle, they could spend up to three months in captivity under these dreadful conditions before being shipped off to the New World.

An environment of harsh contrasts, the castle also had some extravagant chambers, devoid of the stench and misery of the dungeons, only a couple of meters below. For example, the British governor and officers’ quarters were spacious and airy, with beautiful parquet floors and scenic views of the blue waters of Atlantic. There was also a chapel in the castle enclosure for the officers, traders and their families as they went about their normal day-to-day life completely detached from the unfathomable human suffering they were consciously inflicting.

The castle’s involvement with slavery eventually stopped as a result of Britain’s ban on the slave trade. Cape Coast Castle went back to its previous function as an essential site for (non-human) commodity trade, after which it was turned into an army training facility. In 1957, when Ghana became the first African state to regain independence from British colonial rule, the ownership of the Cape Coast Castle was transferred to the new government and subsequently to the Ghana Museums and Monuments Board. The castle only underwent considerable restoration work in the early 1990s with the help of donor funds, and is currently a well-visited museum and historical site.

Watch the video of the Obama family’s Visit to the Cape Coast Castle:

Another famous slave castle is the Elmina Castle (often called St. George’s Castle), situated in the town of Elmina about 13 kilometers from the Cape Coast Castle. Known as the oldest European structure in Ghana, the castle’s construction began in 1482 following the arrival of the Portuguese on the Gold Coast in 1471, and served to protect the Portuguese settlement area, named São Jorge da Mina (St. George of the Mines).

Over the decades, various parts of the Castle were rebuilt, with trade remaining its main focus. However, by the 17th century most of this trade was in people. In 1637, the Dutch seized control of the Gold Coast and continued to use the Elmina Castle as a place to ‘store’ slaves until their departure. The Dutch made some substantial changes to the Castle, such as setting up a marketplace where slaves could be auctioned. The conditions were similar to that of the neighboring Cape Coast Castle. In the dungeons light could only enter through the doorways or a few small holes at either end of the ceiling. Any revolt was harshly disciplined. Men were sent to the condemned cell with no lighting and were starved to death, while women were beaten and chained to cannon balls in the courtyard. Mindful of possible attacks, the Dutch built a bastion, Fort Coenraadsburg (also known as St. Jago), on the hill opposite Elmina Castle, which overlooked its big brother’s house of horrors.

Under the rule of the Dutch West Indies Company, around 30,000 slaves a year passed through Elmina’s door of no return, right up until 1814 when the Dutch slave trade was abolished, seven years after the British. Ceded to the British in 1872, Elmina Castle was hardly in use until Ghana’s independence. Thereafter it became a training center for Ghanaian police recruits and surprisingly a school for some time, before also being converted into a history museum.

Other castles and forts that remain include Fort Christiansborg (or Osu Castle), the Ussher Fort and Fort James. Besides museums, some fortresses have been transformed into government offices, prisons, and guesthouses while others are nothing more than abandoned stone ruins with a few walls standing. UNESCO has declared many of these castles and forts World Heritage sites of great historical importance. However, due to limited funding, preservation has been limited and the sites continue to deteriorate.

Watch a UNESCO documentary on the Forts and Castles on the Ghanaian Coast:

Today 30-odd surviving forts, castles and former trading posts can be found along Ghana’s coast, many bearing witness to the largest (forced) migration in history and to the atrocities humanity is capable of committing. Castles such as Elmina, Cape Coast and Ussher Fort have been turned into museums and offer guided tours. Somewhat moving, these tours literally walk visitors through the history of slave castles, bringing to life the heartbreaking experiences of the slaves.

Extremely popular among African American tourists who want to find out more about their heritage, nowadays the castles are also welcoming more and more local Ghanaians interested in learning about the slave period in their country. More than just museums, these castles are filled with haunting histories, revealing the horrors of the slave trade. By serving as strong reminder of Ghana’s dark history, the castles continue to pay respect to the millions of people who languished at the hands of slavers. They are far from forgotten, even in the 21st century. 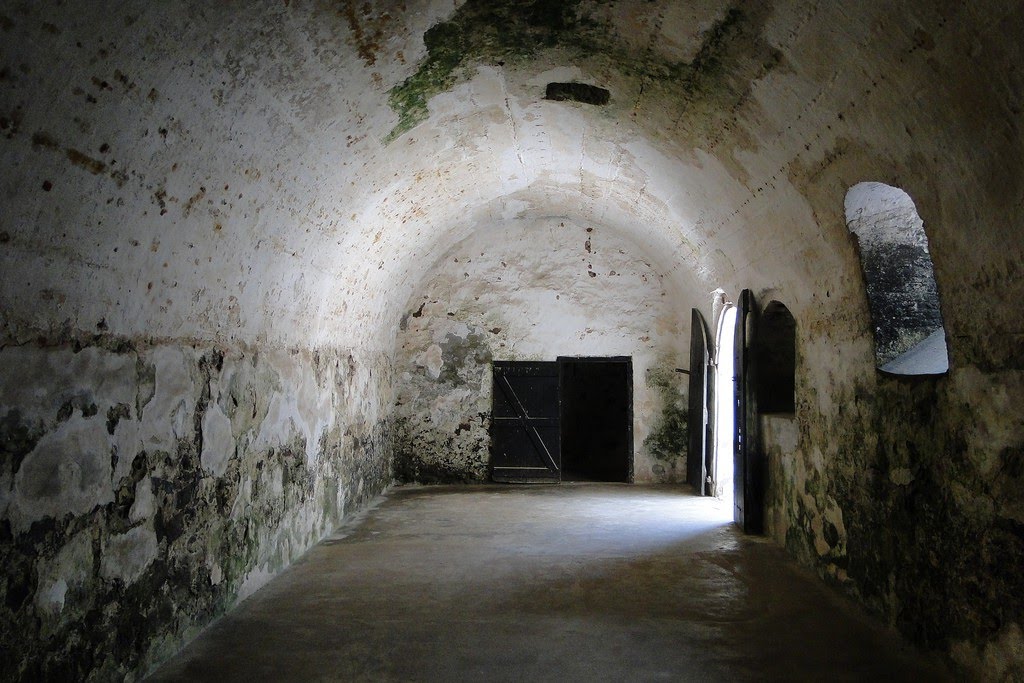