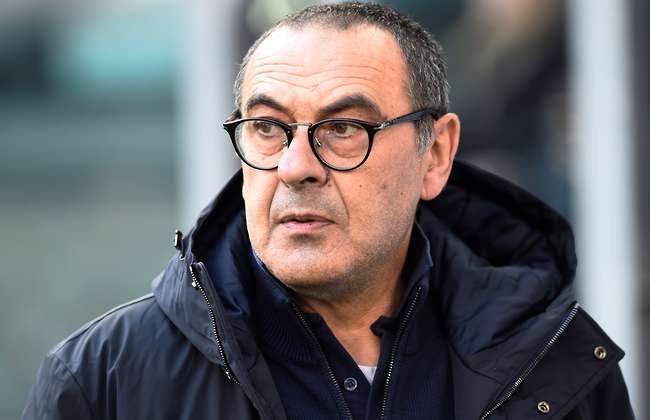 Juventus have brought down the axe on Maurizio Sarri after just one season in charge.

The former Napoli and Chelseamanager has been punished for exiting the Champions League at the round of 16 stage against Lyon as well as a poor run of domestic form and cup final defeats.

Sarri was indeed able to harvest Juventus’ ninth consecutive Scudetto, but the club finished the season with just two wins from their final eight games.

The Old Lady also suffered a penalty shootout defeat to Napoli in the Coppa Italia final, while there was similar heartbreak in the Suppercoppa Italia with a 3-1 humbling against Napoli.

The club’s official statement read: “Juventus Football Club announces that Maurizio Sarri has been relieved of his post as coach of the First Team.

“The club would like to thank the coach for having written a new page in Juventus’ history with the victory of the ninth-consecutive championship, the culmination of a personal journey that led him to climb all the divisions of Italian football.”

Who will replace Sarri?

So, the question on everybody’s lips is this: what next for Juventus?

Sarri never looked like the right fit for the Turin-based side, so it’s of paramount importance that Juventus get it spot on this time around and particularly while Cristiano Ronaldo is at the club.

There’s early speculation that Mauricio Pochettino has been contacted about the job, but it’s too early to assume that the former Tottenham boss is strolling to the Allianz Stadium.

So, with a few other names floating around, we’ve decided to look at some of the leading and feasible contenders to replace Sarri and give our brief verdict on how they shape up for the role.

The favourite for the job and it’s easy to see why.

The cynics will point out that Pochettino has never actually won a trophy in his managerial career, but moving to Juventus would be the first time he was given the keys to a European giant.

Just look at the job he did at Tottenham, then imagine the results if you swap Harry Kane for Ronaldo, Dele Alli for Paulo Dybala, Davinson Sanchez for Matthijs de Ligt, Jan Vertonghen for Leonardo Bonucci and so on.

That, and the fact he’d actually have transfer funds to play around with, something that was largely held back from him in England, to stamp his identity and move away from the 2019/20 stagnation.

So, sure, that lack of trophy-winning experience might give unwanted flashbacks to Sarri, but Pochettino is a far less stubborn and more attack-minded boss that looks the perfect fit in Juve. 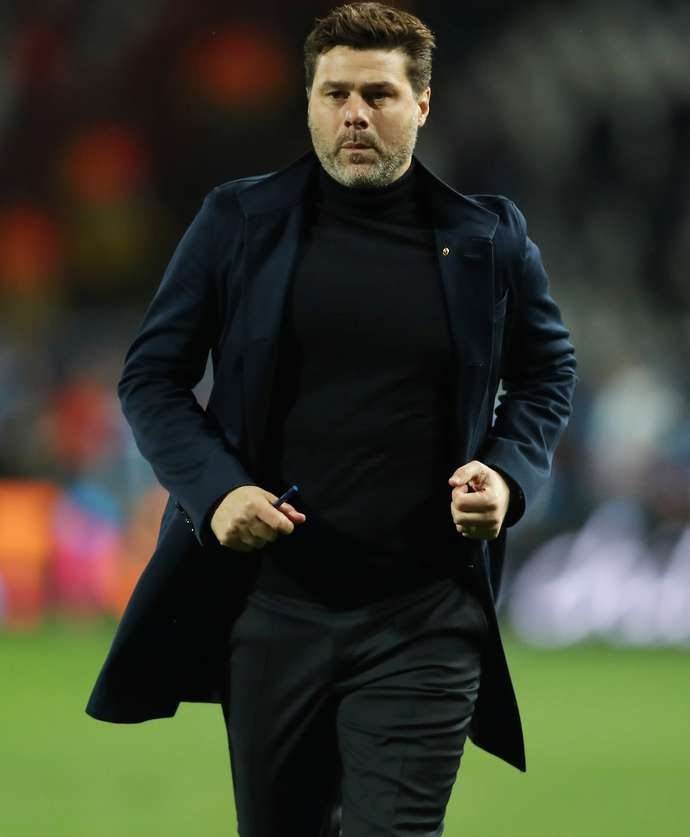 It would really be a kick in the crown jewels for Italian football if the manager who has done so brilliantly to guide Lazio to second place crossed enemy lines this summer.

Consequently, as much as Inzaghi would be an interesting coup for the Old Lady, we can’t see a world where somebody so engrained in the Lazio zeitgeist would let his loyalties slide.

And even if money and the sweet smell of silverware was enough to seduce him, we’re inclined to think Juve are looking for a more experienced boss, particularly in terms of Champions League acumen. 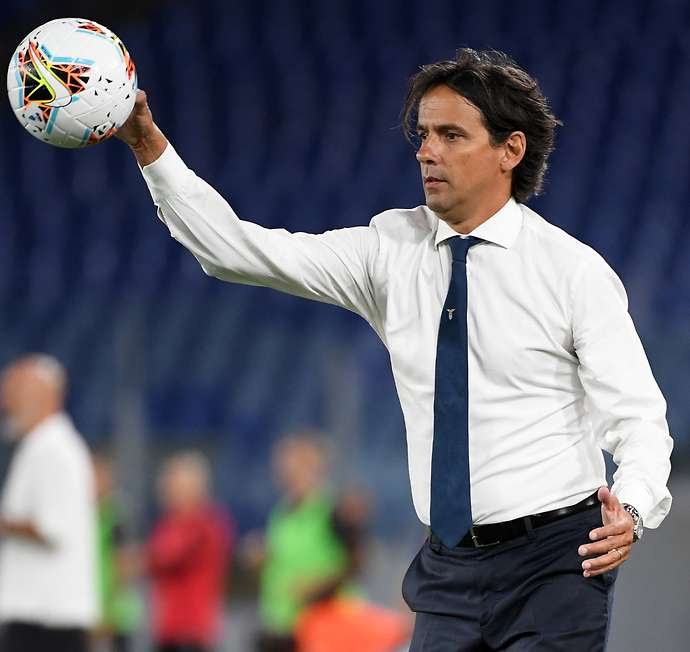 As bonkers as this sounds, reports in Italy are name-dropping Zidane as one of the coaches being discussed by the Juventus hierarchy and if that’s the case, you can’t fault them for ambition.

We’re talking about a manager who won the Champions League three times on the bounce and upon returning to a declining Real side, brought them back to the La Liga summit above Barcelona.

For those reasons alone, Zidane must be considered a 10/10 option for Juve and especially seeing as he has a history at the club, but there’s one problem: we can’t see it happening.

Zidane’s career in management has hitherto revolved around Los Blancos and we can’t see that changing until he’s once again crowned them the kings of Europe. Weirder things have happened, though. 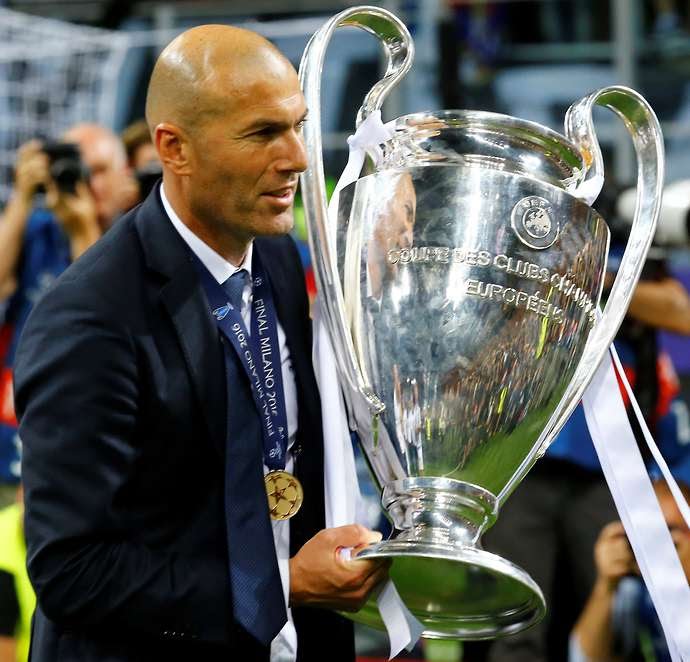 Is it just me that could see a potential Zidane situation occurring here? You know, club and manager parting ways, then returning soon afterwards when things start going downhill. It’s certainly feasible.

I can’t see Allegri being Juventus’ first pick by any means, but if they can’t get Pochettino or Zidane? They could certainly make worst decisions than re-signing the serial winner.

And there’s good reason to think he could procure that first Champions League title of the century having guided Juve to finals in 2015 and 2017 – a feat he could now improve upon with Ronaldo in his ranks. 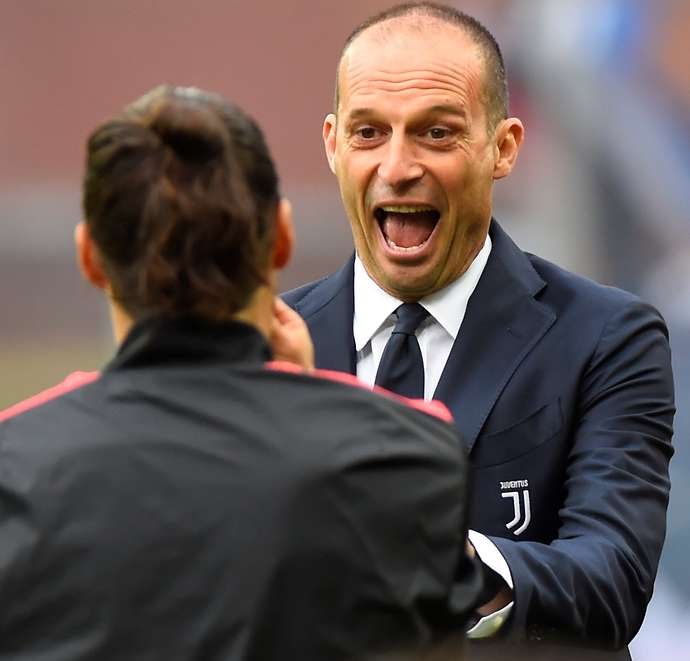 Now this, I hate to say, would be an incredibly retrograde move from Juventus.

Mancini has bundles and bundles of experience winning trophies in his homeland, don’t get me wrong, but his career in club management has fizzled out ever since his Manchester City sacking.

There’s little reason to think Mancini would bring in the sort of fresh ideas that Sarri lacked nor have the ability to steer Juve to Champions League success when he’s never made it past the quarter-finals. 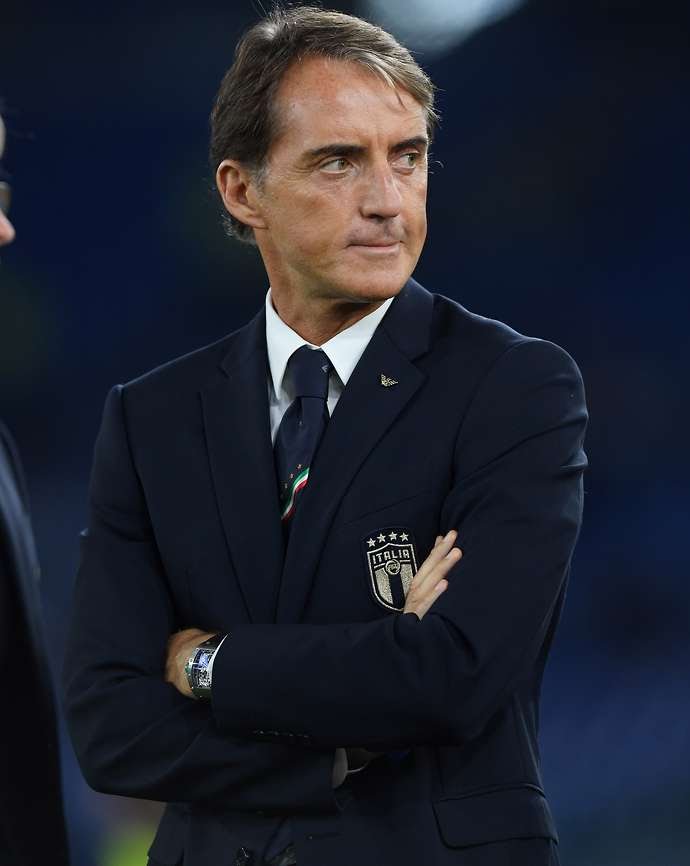 It might be vogue to appoint former players because of their knowledge of the club, but Pirlo has hardly been the Under-23 manager for two seconds, let’s not just chuck him straight in the deep end.

Even Zidane had more time working in the youth ranks than Pirlo, so – as much as it might be touted – I’m inclined to think reports surrounding the artistic Italian will remain romantic idealism. 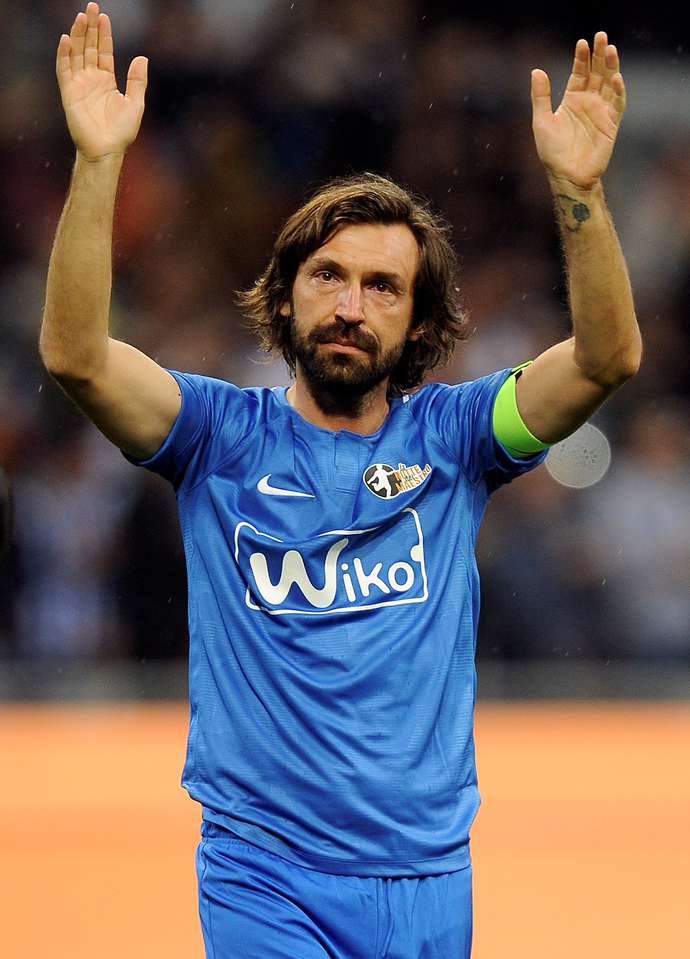 Slightly more likely than Mancini is about the only compliment I can dish out here, because I’m not sure Juve fans would be laying out the red carpet if Spalletti was named Sarri’s successor.

Spalletti does have a track record of silverware in Italy, but although he did a solid job in the Inter Milan dugout, Antonio Conte has shown him up this season by instigating wholesale improvements.

Frankly, if Spalletti is what Juve have in mind, they might as well have stuck with Sarri and prepared for another season of ‘just’ winning Serie A – and even that wouldn’t be guaranteed. 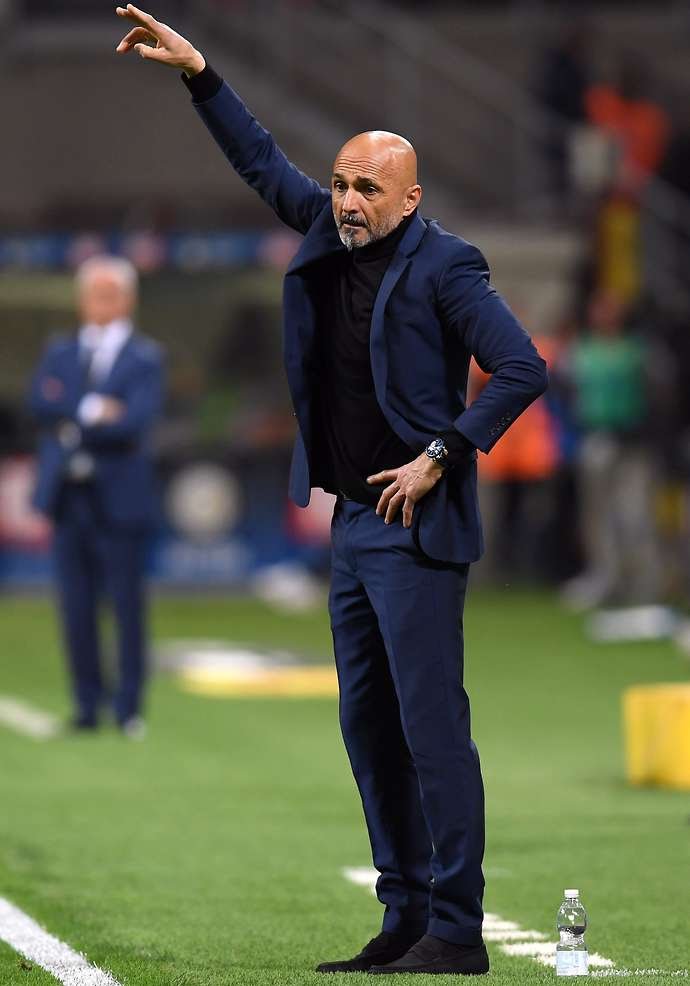 It’s got to be Poch for me.

Zidane would be the dream appointment, there’s no doubt about it, but I’m keeping my feet on the ground here and I can’t see a serial winner like himself leaving Real on the note of Champions League elimination.

Rather, while Zidane tries to recoup the European Cup for Real, I’m anticipating that Pochettino will be selected in the hope he can breathe some life and fluidity into this Juventus side.

When you consider how much Pochettino overachieved as Tottenham boss, it’s a worrying thought for the rest of Europe if he has a squad containing Ronaldo and Dybala on his hands. 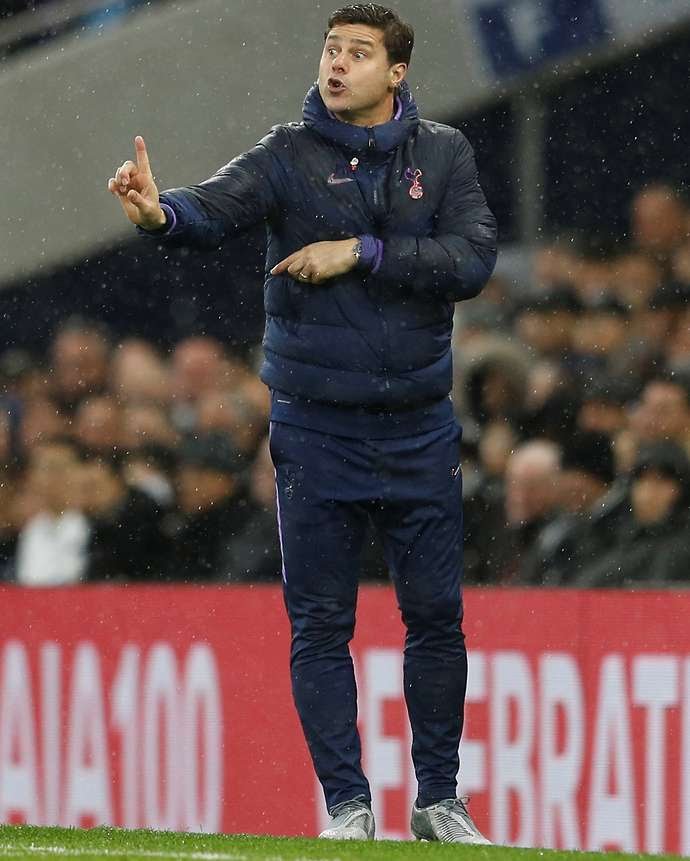 You can expect the Argentine to sift out some of the deadwood in the squad, really unshackle the attacking players and implement a brand of football that’s successful in Europe as well as Italy.

And if nothing else, having such a world-class manager free to seduce is such a rare opportunity that it would be rude to pass it up.

The time is ticking for Juve to procure a Champion League trophy from this generation of players and Pochettino seems the best bet of anybody to bring ‘Big Ears’ to Turin after 25 long years. 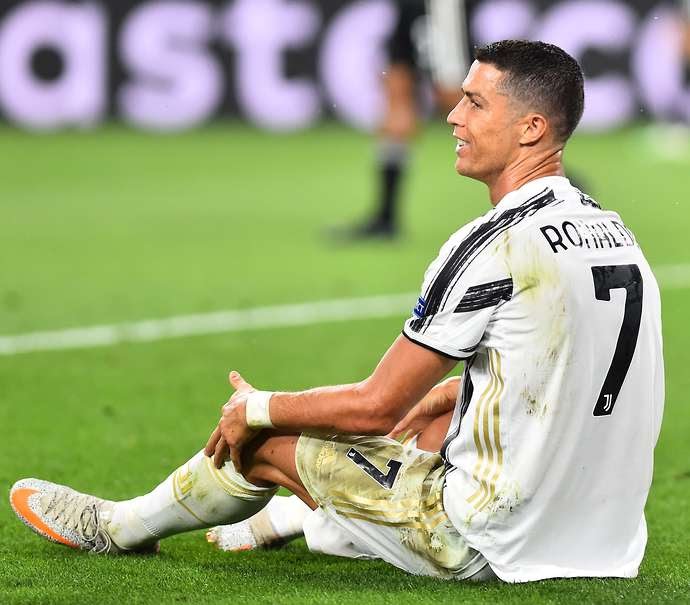