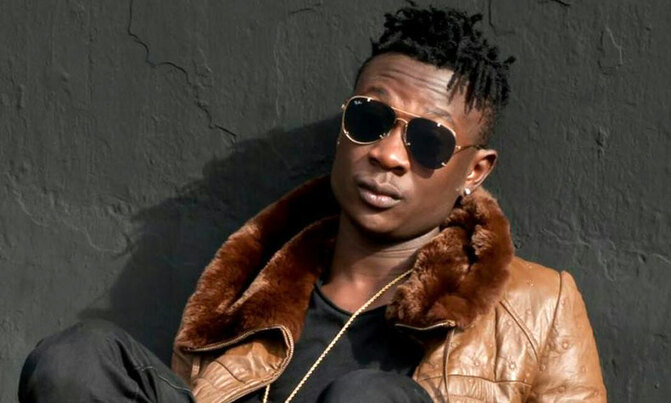 Shafik Walukagga, popularly known as Fik Fameica, has been sued for composing a song that is said to undermine women.

“I seek a declaration that the song demeans, undermines, and discriminates against women and girls in Uganda,” Nagasha asserts.

She filed the suit against Fameica, his producer Martin Musoke aka Artin Pro and the Uganda Communications Commission (UCC) at the Civil Division of the High Court in Kampala, earlier this week. Nagasha accuses UCC of failing to protect Ugandans/consumers of media services from harmful content like Fameica’s Property song.

“UCC has allowed and watched or kept a deaf ear to the illegal actions of Fameica and Musoke, thereby failing in its duty of regulating the content aired on radio, television and all media platforms in Uganda,” she contends. She adds: “UCC has also failed to take action against the respondents’ illegal actions of promoting the culture of discrimination.”

According to court documents, Fameica and Musoke sang, recorded and produced the song in 2018. Through Newmark Advocates, the petitioner seeks a declaration that Fameica and Musoke’s actions of singing, recording and producing “the song Property ” promotes the culture of belittling and undermining women and girls in the society.

She seeks a court order prohibiting Fameica and Musoke from producing music that undermines the status of women and girls.

Nagasha further seeks an order, compelling Fameica and Musoke to publish a public apology to all women and girls in all newspapers with wide readership, radio and television stations in Uganda and on YouTube.

The petitioner says the song has lyrics like “my woman is my property/ my woman is my chapatti/my yoghurt/ my Bugatti” , among other references. This, she says, violates the principle of equality of men and women in all spheres of life. Nagasha asserts that the song promotes discrimination, culture inequality, social and moral inequality, cruel, inhuman and degrading treatment of women and girls.

The petitioner asserts that the song underscores the achievements attained through affirmative actions and other programmes by the Government to improve the status of women and girls in the society.

Nagasha states that the song has led to a public outcry among women and girls like Miss World Africa Quinn Abenakyo and youth under “Plan Uganda” to have the song immediately banned for violating women and girl’s right.

She asserts that the perceptions of the Property song are that “girls have no future”, “girls are weak minded”, “girls have soft hearts”, therefore, that are indecisive. Nagasha adds that in the song perpetuates the bias that no matter the level of education a woman goes, she will end up in the kitchen.

Nagasha wants court to compel the respondents to pay damages for their illegal actions and violating the rights of women and girls. She also wants costs of the suit. In her affidavit, Nagasha says she is of sound mind.

She says UCC is a government agency/organ tasked with the duty to regulate media houses and platforms and protecting consumers of media services, including regulating the content aired, published and played on those media platforms.

The petitioner notes that she has also taken time to listen to Fameica’s songs like Kutama, Byenyenya among others, most of which, she says, are morally wanting, especially to the youth.

She also says she has taken time to listen to Uganda music sang and produced by various artistes and producers, but they are not like Fameica. The court registrar, Sarah Langa, has allocated the case to Justice Musa Ssekaana, the deputy head of the Civil Division of the High Court, to handle it.