Ghanaian convicted in the UK for spending money mistakenly deposited in her account. 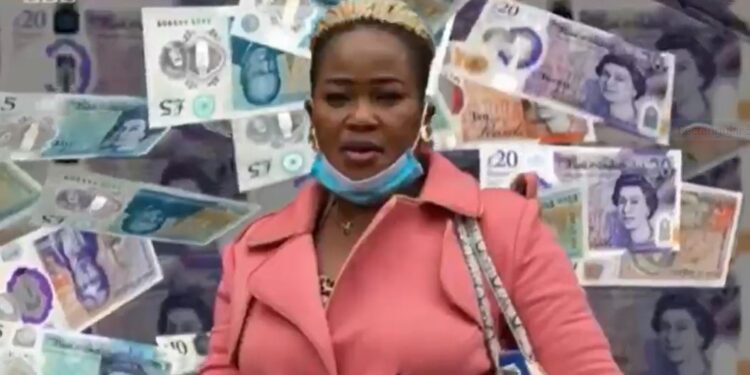 Comfort Konadu wasted no time spending and dispersing thousands of British Pounds Sterling mistakenly deposited into her account by a store where she had returned some items she had purchased earlier.

Described as a hard-working cleaner, Konadu had returned an item she purchased from Mencap in Openshaw for a refund of nine pounds. The refund that ended up in her accounts was ten thousand times that amount. But rather than alerting the store of the mistake, Comfort Konadu immediately began dispersing the money sending thousands to friends and family some in Ghana.

In all Comfort Konadu sent 57,000 pounds to friends and family but the Charity store was able to recover 31,000 pounds.

In her trial at Manchester Crown Court Konadu’s lawyer described her as a hard working woman who succumbed to temptation. Nevertheless, the court gave her a 15-month suspended sentence.

Judge Nicholas Dean in sentencing the mother of six said “Konadu must have realized it was an error. This is a serious amount of money and a serious offence.” The store thanked the police for pursuing the case and expressed hope that the stolen funds can be recovered.