Frederick “Toots” Hibbert was a giant of reggae, one of the genre’s pioneers and among its greatest stars, and Toots and the Maytals’ last album, Got To Be Tough, released Aug. 28 via Trojan Jamaica, is a fitting testament to a career that spanned 60 years.

It was also, sadly, Toots’ final album, as the Jamaican icon died on Sept. 11 from undisclosed causes at the age of 77. But there are still elements from Got To Be Tough that have yet to be released, and today Billboard is premiering the animated video of the Maytals’ rendition of Bob Marley’s “Three Little Birds,” which features Bob’s son Ziggy Marley and Beatles legend Ringo Starr on tambourine (and, in the video, all three in spaceships).

The video, which follows an animated visual for the title track and the single “Warning Warning” which were released several weeks ago, was created by 1185 Films (and directed by Nick Franco) in collaboration with Trojan Jamaica and follows the three into space, the arctic and Mount Rushmore, ending on a final quote from Toots imploring everyone to “be of good faith, love each other, exercise brotherly and sisterly care for each other of all race, religion and creed.” 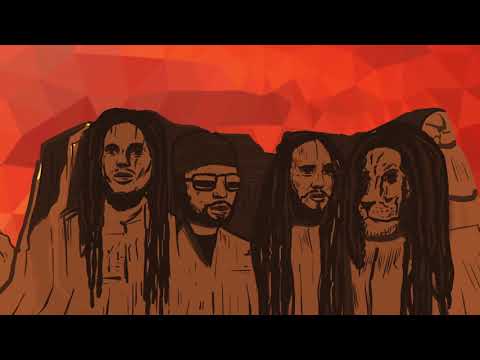 Trojan Jamaica, founded by musician/producers Zak Starkey (son of Ringo) and Sharna “Sshh” Liguz, released a statement to Billboard alongside the new video.

“A much loved Bob Marley classic with a Toots spin; the song is a testament to the positive message of Reggae, something we all need right now,” the statement reads. “Trojan Jamaica is honored to have collaborated with Toots, and to have Ziggy and Ringo guesting both on the track and in the video, which is the final chapter of the animated trilogy intended to lift spirits during these difficult times; a celebration of Toots and his ability to connect all through his music and his message.

“Zak & Sshh are still so saddened by the loss of such a great life force, and would like to thank everyone involved in this release and to the countless fans and critics for recognizing and celebrating his legacy and music through out his life and beyond,” it continued. “He lived to make us move. But most of all, we want to thank Toots. The Man, the Music, the Legend; he will be greatly missed by us all. It’s still hard to comprehend he is no longer with us in the physical form but his music will live on forever.”

Toots was remembered by many after his death earlier this month, including Cat Stevens, Mick Jagger, The Who and Chris Blackwell, the founder of Island Records who signed Toots in the 1970s and helped bring some of his most iconic recordings to the world. “I met Toots very early, and was totally blown away by his voice and his energy. He was just somebody, you just loved him,” Blackwell told Billboard in an interview following Toots’ death. “People just caught on to his lyrics and what he did, plus his incredible voice. His voice was super powerful, I mean incredibly strong and big, if you know what I mean.”

Ziggy Marley took to Instagram to speak about Toots’ influence. “Toots and I crossed paths many times throughout this journey from my childhood to my manhood and I was always humbled to be around his greatness, his soul, his life force,” he wrote. “Today something is missing in this realm and I can feel it, a void in the connection and I know I’m not alone. For those who truly knew this man know he was more than man. We will always miss his presence here on earth. JAH.”

And his tambourine collaborator, Ringo Starr, also released a statement along with this video. “God bless Toots, a giant in reggae music,” Ringo said. “It was my pleasure to play tambourine for him. Peace and love to all his family.”