TORY LANEZ: JUDGE ORDERS HIM IN COURT HEARING, Stay Away from Megan! 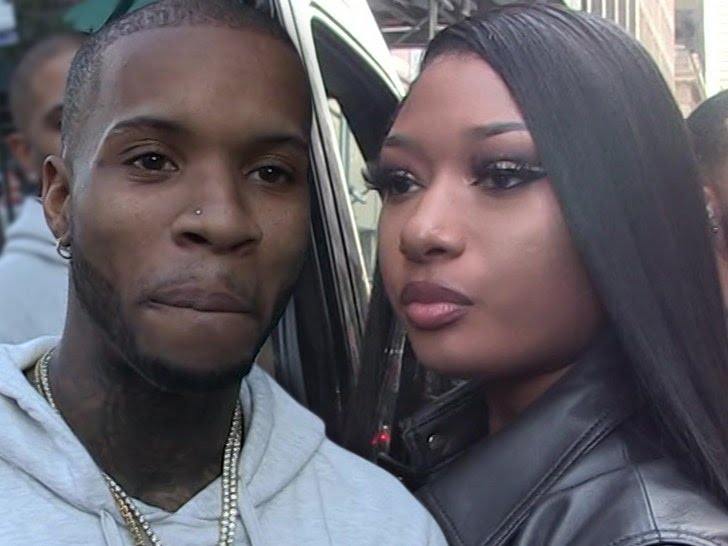 Tory Lanez has just been ordered to stay the hell away from Megan Thee Stallion after a hearing for his felony assault charge.

Tory appeared by phone for Tuesday’s hearing in L.A. County court for what was supposed to be his arraignment … but his attorney, Shawn Holley, requested a continuance. It was granted so he did not enter a plea. The judge, however, issued a protective order against Tory … and now he’s gotta stay at least 100 yards away from MTS, and not contact her.
His bail was set at $190k … which he’ll be posting via a bondsman present at the hearing. The hearing comes on the same day MTS wrote an op-ed for The New York Times on why she speaks up for Black women, saying she’s not afraid of criticism and being adamant that saying “protect Black women” should NOT be a controversial topic.
She also addressed the Tory Lanez case, saying, “I was recently the victim of an act of violence by a man. After a party, I was shot twice as I walked away from him. We were not in a relationship. Truthfully, I was shocked that I ended up in that place.”
Megan added, “My initial silence about what happened was out of fear for myself and my friends. Even as a victim, I have been met with skepticism and judgment. The way people have publicly questioned and debated whether I played a role in my own violent assault proves that my fears about discussing what happened were, unfortunately, warranted.”
As we reported … The L.A. County D.A.’s Office slapped him with 1 count of assault with a semiautomatic firearm, and 1 count of carrying a loaded, unregistered firearm in a vehicle. The D.A. also alleges Tory inflicted great bodily injury on Megan.
If convicted, the rapper/singer faces up to 22 years and 8 months in prison. 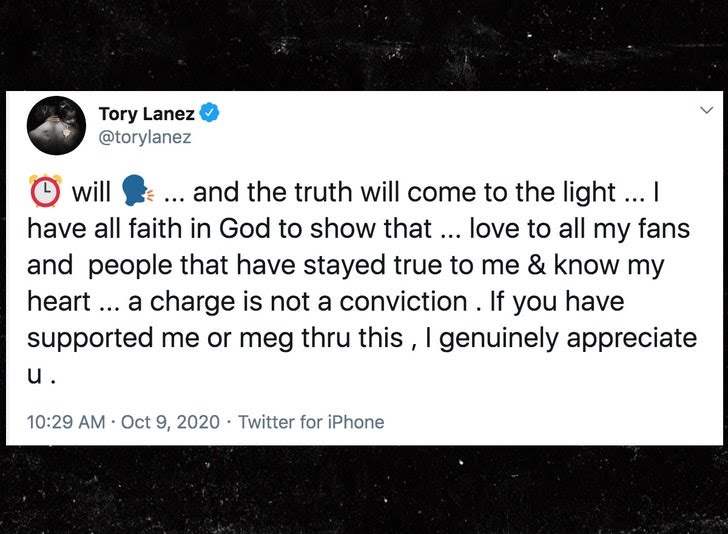 Tory defended himself publicly last week and said he deserves his day in court. As we told you … the rapper broke his silence Friday morning and reminded fans the “charge is not a conviction.”