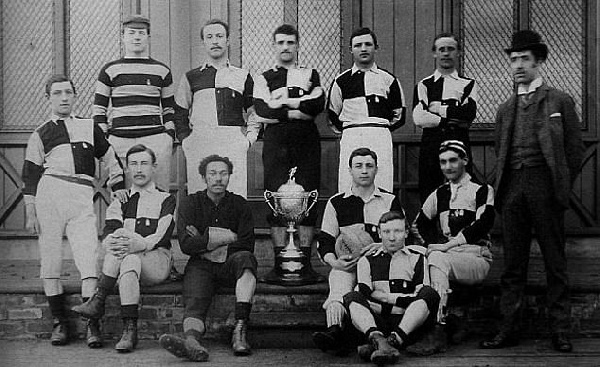 Ghana’s stature as a country that has produced some of the best footballers, boxers, and athletes has once again come to the fore after Arthur Kwame Wharton, who is regarded as the world’s first black professional footballer was celebrated in England on Wednesday, October 28.

Arthur Kwame Wharton’s celebration and recognition came in the form of a stunning mural and unveiled in Darlington, the first club he played for.

In addition to being a fantastic footballer, Arthur Wharton was also remarkably a record-breaking sprinter.

Available records show that Wharton was born in Ghana in 1865 before moving to England.

His recognition and celebration yesterday is seen as a victory by residents of Darlington who have championed the cause for such a great talent to be remembered for his extraordinary achievements. The campaign to get Wharton immortalized began after a Darlington resident, Shaun Campbell campaigned for 12 years.

Shaun Campbell, the chief campaigner who led the crusade to have Wharton celebrated finally fulfilled his mission to commemorate the life of Wharton as a mural of the pioneering sportsman was unveiled on the side of a Darlington building that has been named ‘The Arthur Wharton Foundation’. 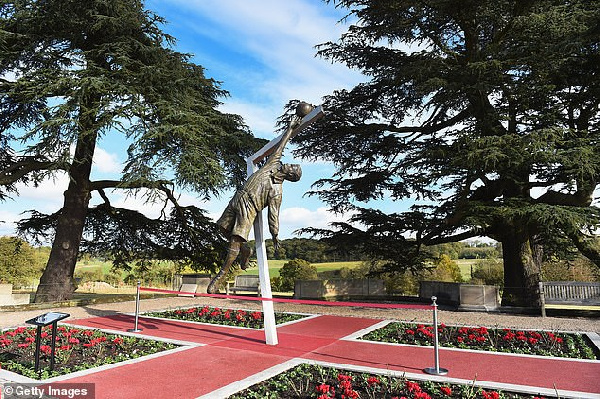 For Shaun, this achievement will signal the beginning of the latest chapter of his campaign to use the spirit of Arthur to bring the community together in a way that teaches the people of Darlington about black history, diversity, and equality.

‘I know how much this means – for Darlington to finally have a meaningful testament to the icon that is Arthur Wharton,’ he told the Northern Echo.

‘Black lives will only matter when black history is embedded in the fabric of our education system and culture.

Having an inspirational figure like Arthur to look up to will help us to do that.’

According to the Daily Mail, “Wharton immigrated to Darlington as a 19-year-old to train as a missionary but soon abandoned those plans to pursue a career as an athlete.

“He was a keen cyclist and played rugby and cricket but picked football and began his career as an amateur at Darlington in 1885. 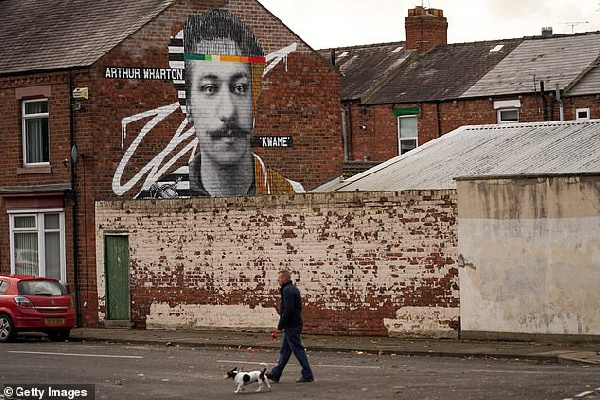 Wharton was mainly used as a goalkeeper and was part of the team that reached the FA Cup semi-finals in his second season before going on to represent Rotherham, Preston North End, Sheffield United, Stalybridge Rovers, Ashton North End and Stockport County during a career which spanned 17 years”.

As well as his exploits in football, Wharton was well known for equalling the amateur world record of 10 seconds for the 100-yard sprint in the AAA championship at Stamford Bridge in 1886. 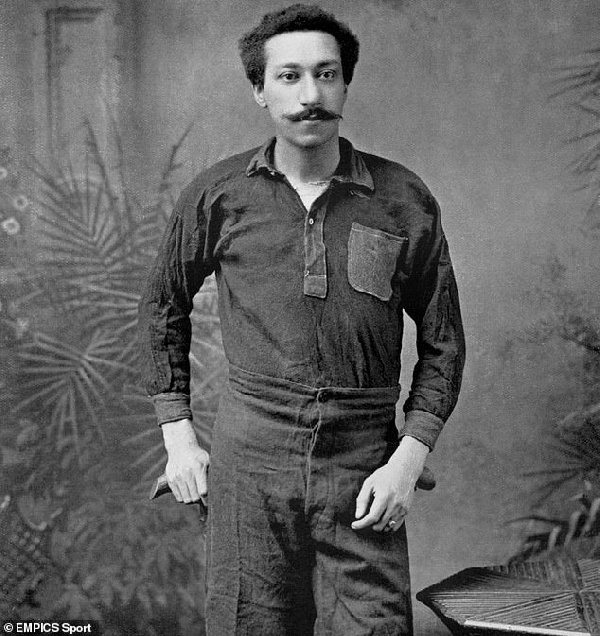 Wharton was inducted into the English Football Hall of Fame in recognition of the impact he made on the game in 2003 while a statue in tribute to his contributions to the sport was also erected at St George’s Park National Football Centre in 2014.

The mural of him revealed today in Darlington was created by celebrated graffiti artist Jay Kaes and commissioned by BT Sport.

The town’s Mayor Chris McEwan was presented with a traditional ‘kente cloth’ from Ghana as he presented the artwork and said: ‘It is right and proper that Darlington recognises Arthur Wharton in this way, particularly during Black History Month.