Why do Barcelona have the England flag in their crest?

What could be misconstrued as the English flag on the Barcelona crest is actually the symbol of St George’s cross – but why is it there?

If you’ve ever seen the Barcelona crest, you’ll probably be familiar with some elements of it.

It is natural to think that the red and white flag on the upper-left hand corner is that of the English flag, but while it does bear some similarities, it actually represents something else.

So what does the red cross over the white background on Barcelona’s crest symbolise? Goal takes a look.

Why do Barcelona have the England flag in their crest?

What has become to be known as the English flag – a red cross over a white background – is actually St George’s cross.

St George is known as a heroic military saint and a crusader, and his cross became the national flag of England since the early modern period.

He is known as the patron saint for both England and also Catalonia, known as Sant Jordi to Catalans.

The flag of Barcelona itself incorporates St George’s cross, the red and yellow stripes of the Senyera and the symbol of the Crown of Aragorn.

Barcelona’s crest, in turn, consists of St George’s cross in the upper-left corner, the Catalan flag next to it, and the team colours (blue and red) below.

St George is celebrated in Barcelona with St George’s Day, having become the symbol of Catalonia during the Renaixenca – a political and cultural movement that took place during the nineteenth century who fought to reclaim Catalan identity.

The mythology of Sant Jordi involves his acts of heroism in Catalonia, particularly with his famed battle against the dragon.

The legend states that, long ago in the Catalan village Montblanc, the villagers were terrorised by a dragon who frightened the citizens and ate the animals until there was no more livestock left. 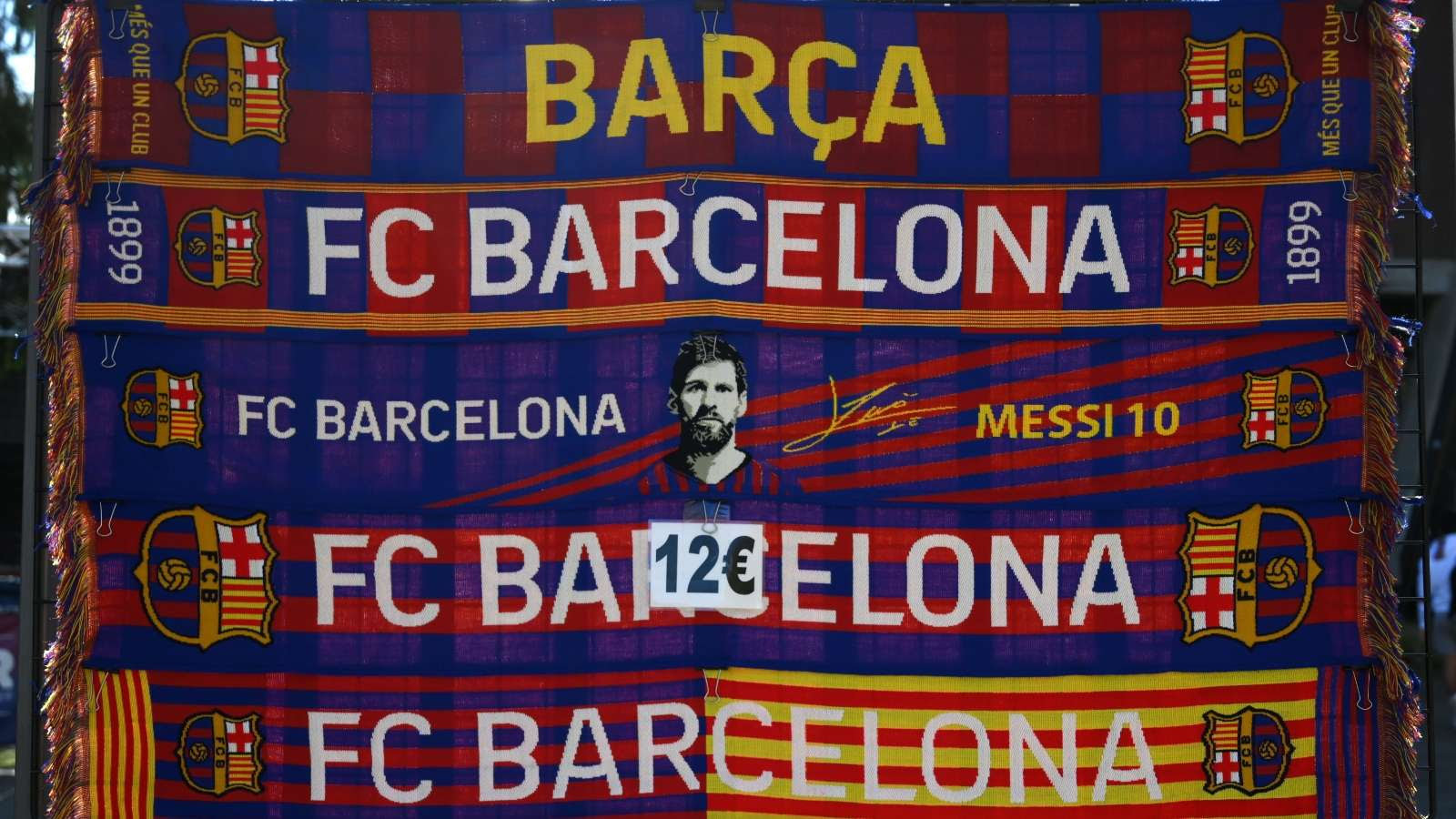 The villagers decided to sacrifice one person every day by a lottery system in order to satiate the dragon’s hunger, with the sacrifice also a representation of the peoples’ good will.

One day, however, it was the king’s daughter who was chosen to be sacrificed to the dragon. But as she was about to be devoured, a knight – Sant Jordi – showed up to face the beast and killed him, rescuing the daughter.

After stabbing the dragon, a red rose bush grew from the blood that poured out of him. Since then, it has been a Catalan tradition to give a rose to a loved one.

It is because of this that his flag appears on both the flag of Barcelona as well as the club’s official crest.

St George is celebrated on April 23 – St George’s Day – and is the Catalan version of Valentine’s Day.

AC Milan also have a similar red cross atop a white background on their crest, but it is not representative of St George.

Their crest instead is a tribute to Saint Ambrose and the city of Milan, dating back to the fourth century.

St Ambrose was previously the Bishop of Milan between 374 and 397 and is a patron saint of the city, the flag designed in honour of him.